With the recent wave of social movements, particularly the Black Lives Matter protests at Kansas State University and the BLM initiative within the K-State Athletic Department, whitewashing in the American educational system has become a serious topic of conversation. Whitewashing is a deliberate effort to hide negative facts about a person, event or idea, particularly when such topics pertain to white people. Whitewashing also includes the erasure of historical events and perspectives of non-white people and cultures.

Many students going through the American school system don’t learn about significant events and the history of cultures besides white cultures. There is much more to America than a sprinkle or two of racially diverse cultures making a difference, and many curriculums do not include the horrors committed by the majority population. Textbooks also lack contributions made by people of color and paint historical white figures as heroes without acknowledging their harmful impact on marginalized people and their involvement in racist systems still at play today. With an unbalanced and biased curriculum, all students are failed by an educational system filled with whitewashed subjects, and the white savior complex is perpetuated. By ignoring minorities’ cultures and history and refusing to acknowledge the wrongdoings of white people, all groups suffer.

“[Whitewashing] affects [people of color] educationally, economically, [their] sense of self, opportunity, pride,” Dr. Lorenza Lockett, assistant professor in social work, said. “When you come to America, you have to deal with whiteness. It doesn’t make it evil; it just makes it out of balance. It holds people down automatically. [Racially diverse peoples] already start below the rungs of opportunity, and many people never get over that.”

Whitewashed history contributes to the oppression of diverse groups, and further convinces people of color that the system is created to only benefit the white population. This affects children growing up in a flawed system.

“It hurts white children from really getting a true version of what life is really about,” Lockett said. “It causes some white children, when it becomes extreme, to believe that ‘whiteness is right.’ It imprisons the life of white people in the middle that want to do something about the disparities that hit other people. It can cripple white people who think it’s unfair because they have to go against people they love.”

If people feel unable to fight the idea of “white is right,” they are left with guilt and shame. Educating all students on accurate historical events can allow more students to willingly fight against this cultural phenomenon, and make people of color feel more included in society, creating better relationships for all.

Teaching a whitewashed version of history highlights the role and culture of white people while casting a shadow on their violence and on the diverse cultures and change-makers who shaped this nation. Although white people should not feel guilty or shameful for being white, acknowledging the history of injustice behind our current systems is an important step to leveling the playing field. Having pride in one’s identity is not an issue, but putting others down is oppressive.

“I think [whitewashing] affects societal systems because not talking about how there’s a problem with whitewashing history does not allow for people to know the atrocities that occurred with people of color.” Vanessa Hernandez, senior at K-State, said.

Without acknowledging history, people are unaware of what threatens equality in America. However, with curriculum-based teaching, teachers and professors have to decide what to teach in the amount of time allotted.

“When we talk about whitewashing, it is a negative term and there are some cases where people may misinterpret history or reinterpret with intentional purposes of doing something negative,” Phil Tiemeyer, associate professor of history, said. “There’s also just times, being a professor, where I have one semester to teach 150 years of American history.”

Tiemeyer also said that in the U.S., since time is limited, there is a tendency to leave out people who do not fit societal norms. In an effort to combat this, K-State recently created more opportunities in curriculums to teach multicultural history.

“I think it’s a credit to the university to prevent selectivity bias,” Tiemeyer said.

Like Tiemeyer, Lockett believes that spending time on education is vital to combating oppression within American institutions. Lockett places an emphasis on the ability of social media to help right some wrongs.

“Back in my time, a lot of this stuff was down under the light where people couldn’t see it,” Lockett said. “Now people of color have a voice and a mechanism to exercise their voice.”

Lockett remembers how, when he was young, Black teachers were not allowed to teach white students. Now, Lockett has a doctorate and teaches diverse groups of students.

Looking to the future, there are many steps the American educational system must take to prevent whitewashed history. Number one: make space in curriculums for diverse history.

“I think it’s vitally important to continue to take on different perspectives and tell American history from a wider viewpoint,” Tiemeyer said. “That can enrich all of us in ways that can help us develop a deeper intellectual understanding, and a sense of empathy.” 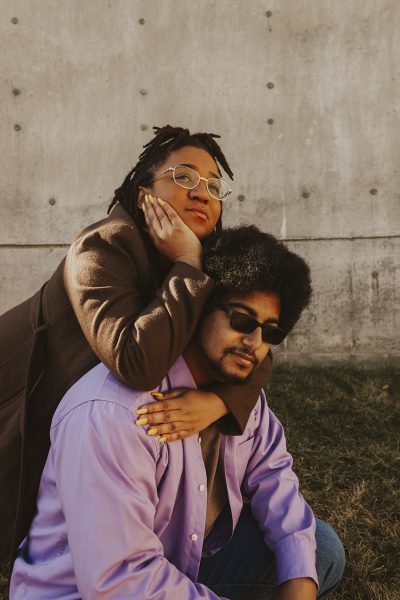 As for individuals wanting to fight for a more equal system, Lockett created a four-step plan to negate racism and encourage advocacy for a more equal society based on anti-racism practices. The plan includes awareness of unfair systems, acknowledgment, analysis of how the systems affect people, and action.

When it comes to the future of American educational systems and oppression, it’s up to everyone to make a difference. The first step in creating a more inclusive and equitable society is education and acknowledgment of wrongdoings. By eliminating whitewashing in history, the U.S. can begin to heal all people, particularly those marginalized by whitewashed history.

“One thing about the human capacity [is that] we can adapt,” Lockett said. “We have a conscience, we are not robots. As you begin to experience life, some things that you see and hear, you realize it doesn’t feel right. I think one of the avenues to making that transition is the college experience, because the college experience is shaped in a way that you have to take classes that discuss social structure and history. There’s great hope that a lot of minds can change.”

From The Spring Print Issue: The Times They Are A-Changing

Male Birth Control: Why is this a foreign concept?