Music is a HUGE part of our lives. With so many streaming services, it’s hard to choose which to use. Spotify and Apple Music are the top streaming services but both have their pros and cons. Spotify has over 100 million premium users compared to Apple who has over 60m subscribers. 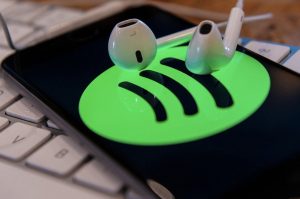 Spotify is easy to use because it is available on many platforms. It also allows for more local and underground artists to have their music streamed on a large platform. Spotify has social media features so you can connect to your Facebook and follow your friends to see what they’re listening to.

Unlike Spotify, Apple Music has different elements with each song like music videos and interviews with artists. They also have TV shows like James Corden’s Carpool Karaoke.

Apple Music easily connects to your Apple watch so you can skip, pause and play. You can also stream it on Airplay speakers to jam out in your living room. Overall, it works better if paired with other Apple devices but still works with Android and other devices. Enjoy your music in the car with CarPlay. Ask Siri to play your favorite song!

Similar to Spotify, Apple music makes playlists for you based on songs you save to give you new similar songs. It isn’t as accurate as Spotify but it still does a good job. Download your tracks on Apple Music to listen offline anytime.

Apple Music also has a social feature so you can follow your friends and see what they’re listening to. It also has a Beat1 radio, a human-run radio that streams 24/7. Apple allows their users to look up lyrics to songs which is something Spotify has yet to do.

What are you streaming your tunes on?

Playlists for the drive home for winter break!