Even with all the challenges life has thrown his way, K-State wide receiver, Byron Pringle, manages to find a way to face every single one of them with a contagious smile and a strong-willed attitude. 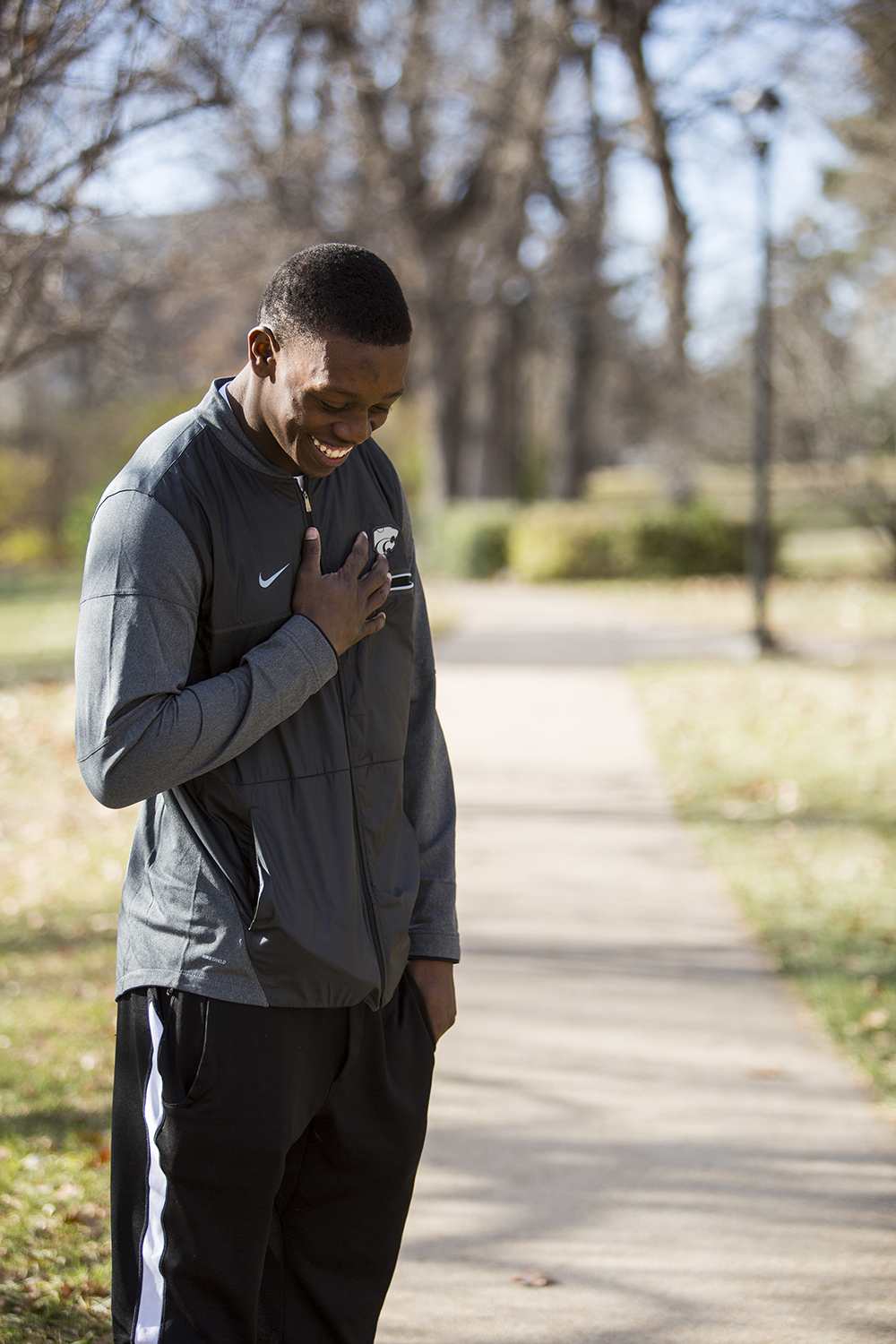 With a small smile, Pringle admitted that if he wasn’t kept busy he’d find himself in some compromising situations. At only 15 years old, Pringle was already in and out of jail.

“I got in trouble with the law a lot when I was younger,” Pringle said. “It was normal, though. Everybody in my family had been in jail so it wasn’t rocket science that I was gonna go, too. And when you go in there, nobody [cares] about you. But when you get out, they love you. A lot of people called me dumb and thought I was going to just give it up. They thought I was gonna be a low life.”

Pringle grew up playing football with the older kids in the streets of Tampa, Florida, and he knew he had dreams and goals to pursue.

Although Pringle chose to not attend college right away, he remained in contact with his high school coach, who wanted him to take football seriously but just couldn’t convince him quite yet. When Pringle began losing friends to violence and crime, he realized he didn’t want to fall into the same traps, and finally decided to call his coach back.

“I hit him up and said I wanted to play ball now,” Pringle said. “He asked me how he knew I was serious this time. I’m like, ‘I’m serious. I’m ready to leave the city.’ So he hooked me up with their [Butler’s] coach, but he told me that they didn’t have any more scholarships, so I’d have to pay for my first semester out of pocket. I was like ‘That’s cool with me.’ Nobody else believed in me, but I believed in myself.”

After enrolling in college, Pringle turned his life around. Working hard and playing football at Butler led to him earning scholarships and living up to his potential. Soon after, K-State gave him an offer and and since then, Pringle has only focused on looking forward.

“Nobody else would have taken me,” Pringle said. “No other school would have given me a chance like K-State did at that time. Looking back at my past, they really wouldn’t have.” 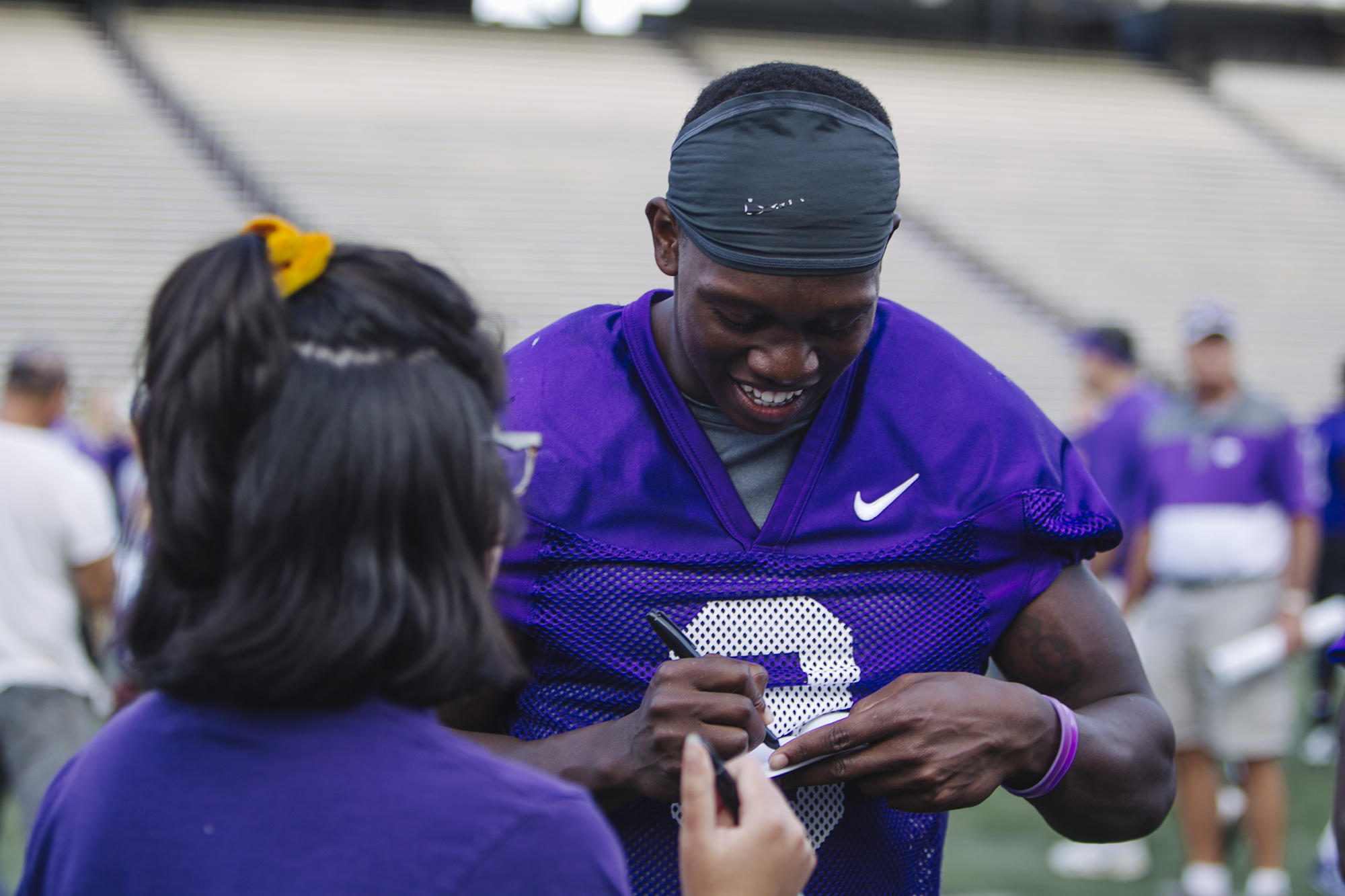 While balancing his love for football and pursuing a degree in sociology, he also has one more source of motivation – his two-year-old son, Bryson.

While Pringle is at school, his family, including his son, are back in Tampa and he only gets to see them around breaks and holidays.

“Being away from him is hard,” Pringle said. “And I never had a dad of my own so I told his mama that I’m going to be a father to my son no matter what. If I would have had a dad, then maybe I wouldn’t have gotten in any trouble.”

Because of his father’s absence, Pringle is determined to be the opposite, hoping his son will never have to see the things he’s seen.

“Seeing people get shot in front of you,” he said. “Seeing people on drugs, people taking drugs while you’re getting on the school bus. I don’t want him seeing that stuff. My son comes before anything. I have to make sure he’s well taken care of and as long as my boy’s good, I’m good.” 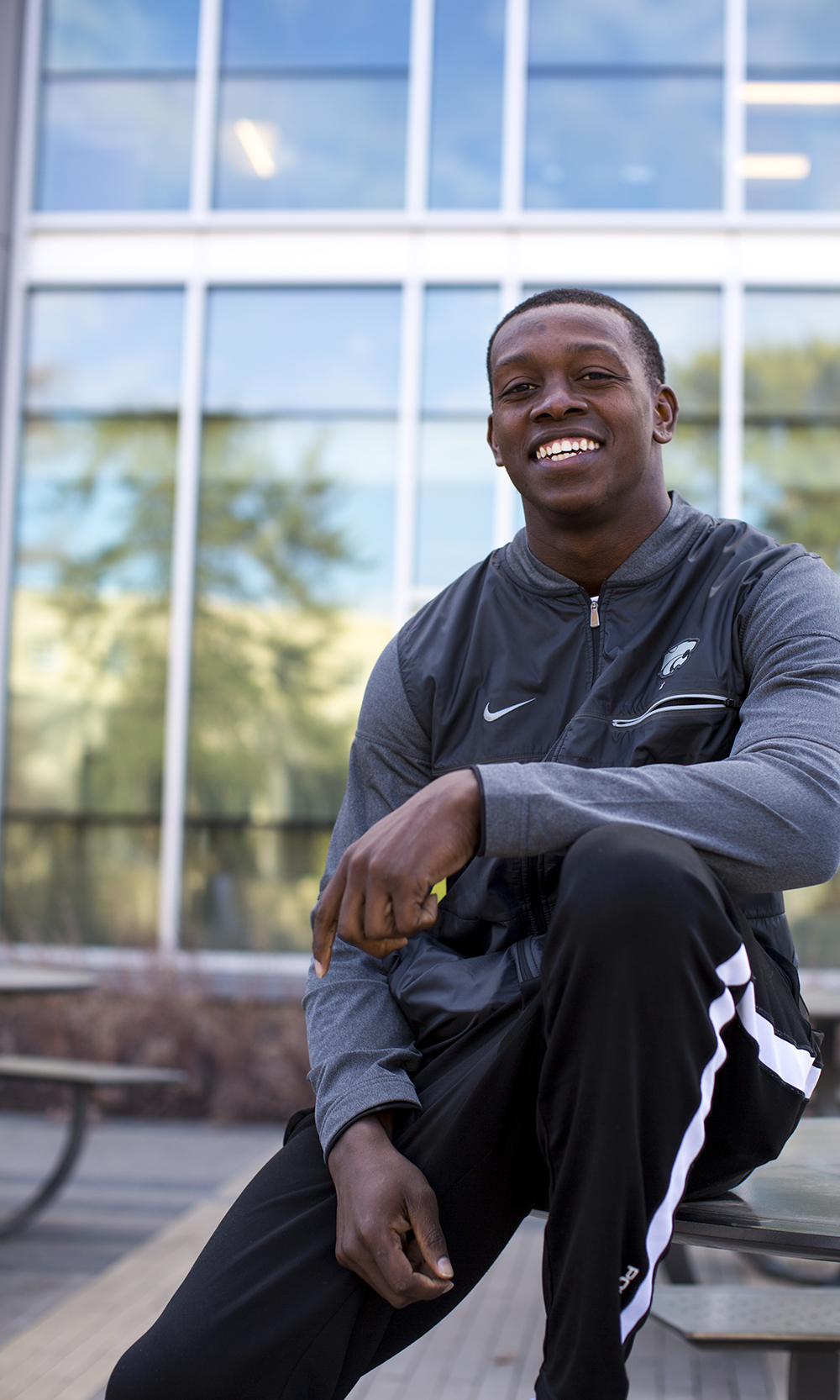 Pringle pulled a huge 180 when he came to K-State and has grown a lot from the troublesome boy he used to be.

“Now when I go home and we throw parties at the house,” Pringle said. “Sometimes we get complaints about the music being too loud and I used to not care. Now when I come home and they’re playing music, I’m like, ‘Turn that .. down y’all.’ I don’t want problems.”

He hates seeing his family struggle and seeing childhood friends he used to ride bikes with end up in prison. He hopes to encourage them as much as he can.

“I really like motivating the people in my neighborhood,” Pringle said. “They want to stop doing what they’re doing. They’re like, ‘I don’t how you did it.’ And it makes me feel proud.”

Pringle doesn’t believe in excuses and realizes that if he was able to get himself together and leave his city by himself, then others can too.

When asked about how he balances football, school and his son, Pringle shook his head laughing, as if there actually were no answer.

“That’s hard, I ain’t gonna lie,” Pringle said. “I’m not really a planner, I’ve never had calendars. But when I got to college, I had to learn the hard way and got a bad grade. So now I work ahead and I read that syllabus. It’s my goal. Especially when it comes to football, I wanna put my time into that, into studying playbook, all that.”

His oldest brother is one of his biggest inspirations and has always told Pringle that there will be obstacles in his life, but that he should never get distracted or give up. His brother says he should always focus on working hard.

“My oldest brother has gotten me to where I’m at today,” Pringle said. “He’s a family man. He takes care of his family without complaining. If he can do that, I shouldn’t complain at all. I’ve got it good right now. I’m at college, I’m young. He always told me, ‘Don’t look back. You don’t owe anybody anything. Not Mama. Nobody. The only person you owe is yourself.’” 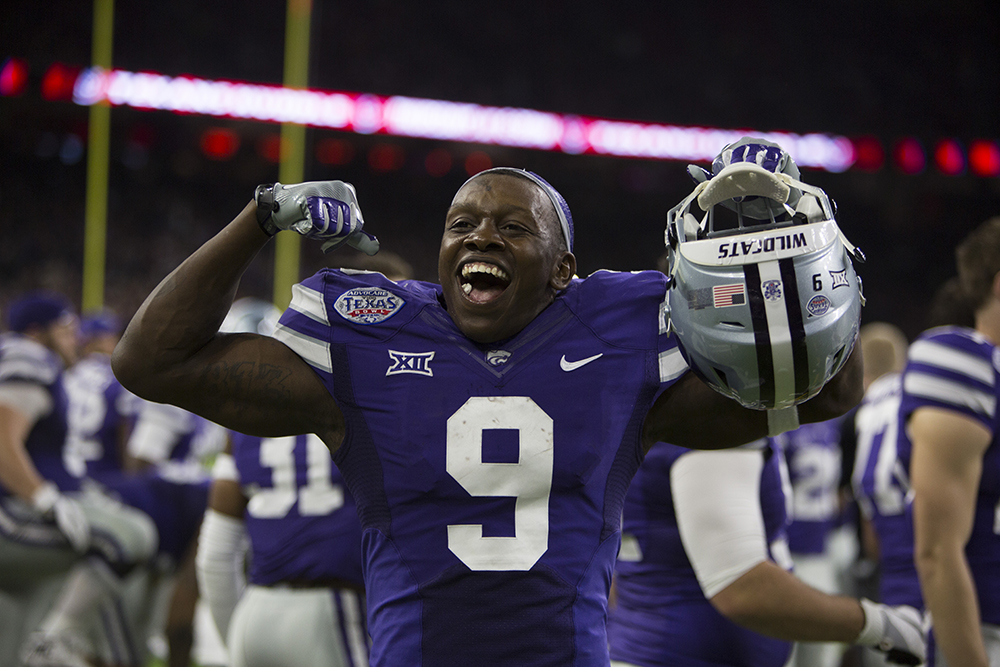 Pringle is thankful for where he is in life today and determined to continue working hard toward his dreams of being in the NFL and being the father he wishes he had. He understands what it means to truly believe in yourself, even when it seems like no one else does.

I’m really proud. I feel like I’m bettering my life here and making a better life for my son, better than I had,” Byron Pringle

Life as a Classy Cat