As Latin tunes played in Cancun Fiesta Fresh, a restaurant in downtown Kansas City, Missouri, Mikel “HypeManKel” Neil, graduate student in kinesiology, and Brent “DJ Plan B” Lindsey, junior in sociology, enjoyed authentic Mexican food on a Tuesday evening before a much-anticipated performance. A few blocks down the road, the last of the trio, Shaquille “SuperShaq” Gonzalez, kicked back with the shop owner at Volume 1ne, a concept boutique in Westport. It was hours before they opened for “Riff Raff” at the Riot Room, but it was a relatively uneventful evening for the group. After work and hours of classes, the trio were waiting to open for rapper “Riff Raff” at The Riot Room.

Entering the venue, a dense crowd crammed around the intimate stage. A cloud of smoke rose into the air as the openers lined up beside the stage and “DJ Rocky Montana” played Migos tracks. As the evening began, openers of different styles shared their work, each met with an apathetic crowd. Finally, Gonzalez took the stage.

It was a blur. Neil suddenly ran onto the stage as Georgia-based beats, and the sound of drums and heavy bass filled the room. The atmosphere shifted as the throng of people bumped and clustered closer to the stage. The smell of sweat and alcohol was strong and stagnant, but everyone was focused on the sound.

They were no longer a group of average 20-something-year-olds, but performers collaborating toward an artistic vision. Performing at the Riot Room was not the first time for the trio.

“The promoter liked my music and I did shows with him in the past, and he knows how I am live and he feels comfortable with me being on it,” Gonzalez said. “Promoter shoutout, Loop KC, he put me on it — everything. He does a lot of shows in the Riot Room so every time he f**** with my music and he puts me on with other acts that kind of like, vibe with me or has the same type of energy, I give out. So he thought me and Riff would be a cool little collab on stage.”

Each one of them, Neil, Gonzalez and Lindsey, had several obligations to fulfill leading up to the concert. Juggling school and work came as a small price, but it did not stop them from performing.

Lindsey and Neil met through their fraternity, Phi Beta Sigma. The two found out about a radio class at K-State, where students could have their own blocks of air time.  Lindsey and Neil started their own show called “Thirsty Thursday Radio,” where Lindsey served as DJ and Neil as the host.

“At first (the show) was from 8-9,” Neil said. “Then as it kept going, we start getting better. We were like, ‘Yo, can we get two hours?’ We were actually the first show in school history to have a two-hour block.”

Little did they know, the third member of the trio would be sitting in on their show.

As individual artists, each are influenced by their own backgrounds and musical culture. Neil, although a hype-man, is currently working on his own music and brand as his first single, “The Beginning feat. Ayel,” was released on Feb. 7, 2017. A St. Louis, Missouri, native, Neil derives much of his sounds from New Yorker, Californian and Georgian styles.  He created a brand, “Define Your Hype,” to encourage people to dig deep and define who they are. His brand focuses on defining one’s self through their own method of expression.

“DJ Plan B,” or Brent Lindsey, is a DJ influenced by the deep resonance of Georgian-style trap music that is present in the music he works with. Being from a large family originally from Georgia, his music is heavily influenced by trap. Lindsey started out as a rapper around the age of 13 or 14, before his father persuaded him to move into producing. Once in college, he would always be the DJ at house parties for his fraternity, which is when he decided to DJ part time.

“My actual DJ name is DJ Plan B because this is the Plan B,” Lindsey said. “So if school doesn’t work out, and this like ends up taking off, then I would definitely roll with this. So like school is where the money is and I want to use my degree to get that money because I have things to take care of.”

“SuperShaq Gonzoe,” or Shaquille Gonzalez, is from Savannah, Georgia, who came to Kansas to study at K-State. Born in Puerto Rico, Gonzalez finally made the “Peach State” his home after traveling the world with his military family. Gonzalez began his career in seventh grade and after coming to college, he became more dedicated to refining and working on his music.  College lifestyle is a theme that is commonly used in his music to resonate with the younger audience.

Each of these artists have their own grind and life outside of the music realm, but with effort and time they have managed to kick off a passion of theirs. They all have worked on their own form of expression and have brought their strong suits together to perform on stage, each benefiting from each other’s talent. 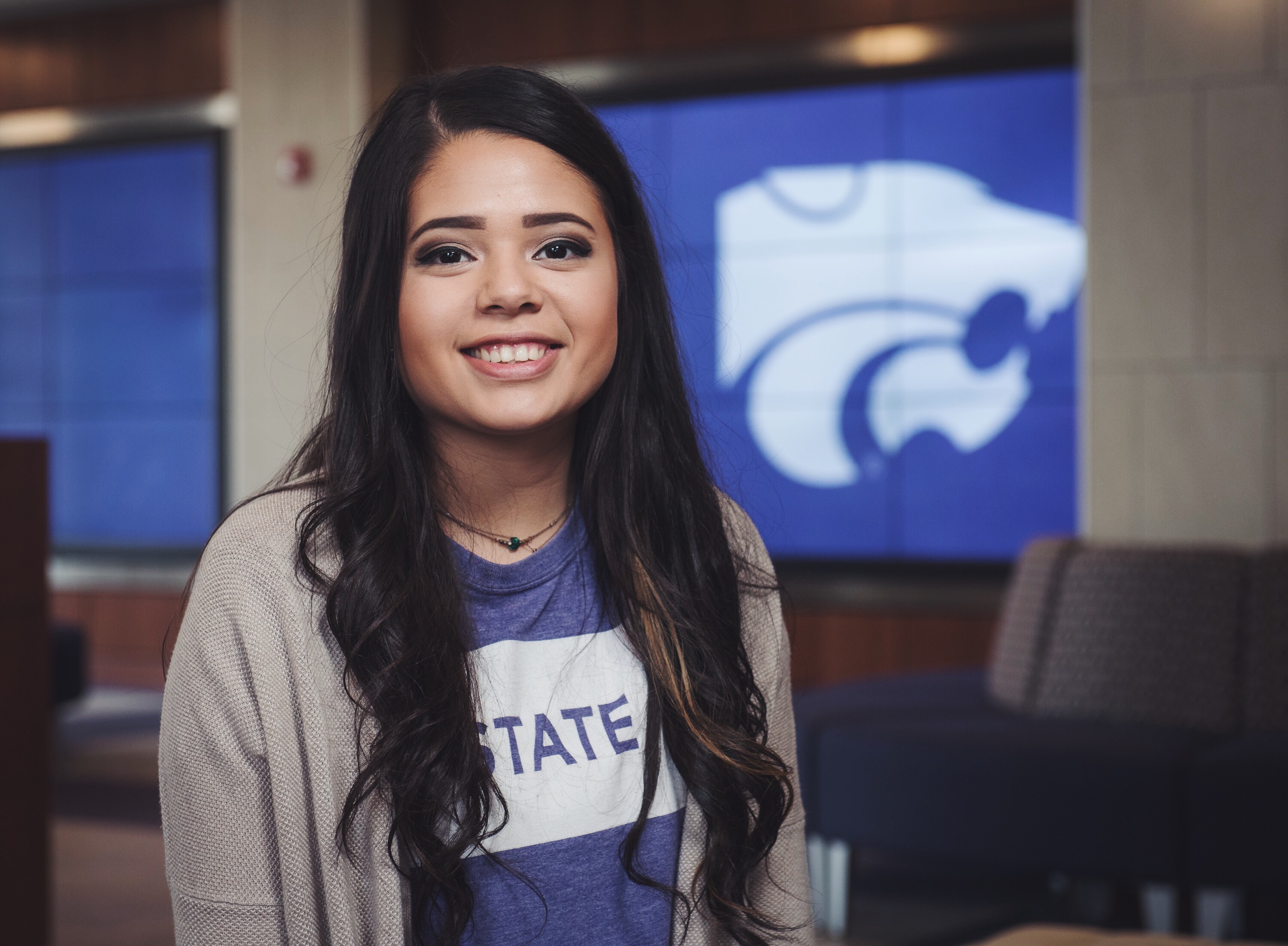